It has been 60 years since the first orbital flight into space by an American citizen. Astronaut John Glenn of the National Aeronautics and Space Administration (NASA) launched into outer space on February 20, 1962 from Cape Canaveral, Florida. This happened 10 months after Soviet cosmonaut Yuri Gagarin made the world’s first orbital flight on April 12, 1961.

In the Americans’ first orbital flight, the Mercury-6 (Friendship 7) spacecraft was used with the Atlas D launch vehicle. The capsule with the astronaut circled the Earth three times in 4 hours and 55 minutes, after which it landed near the Turks and Caicos Islands in the Atlantic Ocean southeast of the Bahamas.

At the birth of astronautics, America’s main rival in this area was the Soviet Union. It is worth noting that the Soviet Union was the first to launch a satellite into orbit in October 1957, the first to send an animal (the dog Laika) into orbit in November 1957, and the first to return a capsule of various living creatures from space to Earth, including the dogs Belka and Strelka in August 1960. The Soviet Union was also the first to deliver a man into space, putting him into Earth orbit. Launch the vehicle “Vostok” with the ship “Vostok-1” and Yu.A. Gagarin on board, launched from Baikonur on April 12, 1961, delivered the ship into space, where it spent 1 hour and 48 minutes, after which it landed in the Saratov region, not far from the city of Engels.

The American authorities could hardly arrange a situation where the Soviet Union was the undisputed leader in the space race, so Glenn’s 5-hour flight was of great importance to NASA and the United States as a whole. “His flight on Friendship 7 on February 20, 1962 showed the world that America is a serious rival to the Soviet Union in the space race. It also made Glenn an instant hero.”— said in the characteristics of the astronaut, which was compiled by NASA a few years ago. 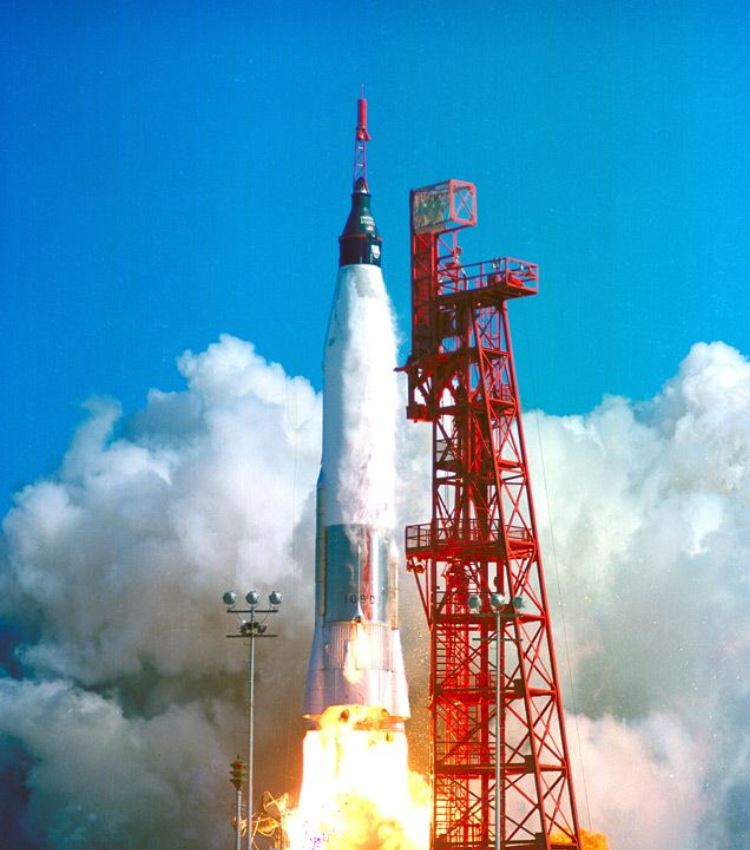 After the hype surrounding Glenn’s flight died down, the astronaut left NASA in 1964. Ten years later, he returned to public service and won election to the US Senate in 1974. He was re-elected in 1980, 1986 and 1992, serving a total of four full terms as a senator. “He was regarded as one of the Senate’s leading experts on technical and scientific matters and won universal respect for his work in preventing the proliferation of weapons of mass destruction.“, NASA said.

It is curious that Glenn’s career as an astronaut was not limited to one flight. In October 1998, at the age of 77, he spent nine days aboard the space shuttle Discovery, becoming the oldest person ever in space. Glenn died on December 8, 2016 at the age of 95.

Glenn’s record stood last year and was beaten by 82-year-old Wally Funk, who made a suborbital flight on Blue Origin’s New Shepard. This record lasted only three months and was broken when the 90-year-old actor William Shatner, who played the role of Captain Kirk in the Star Trek series, became a participant in New Shepard’s suborbital flight.