GSA, the European Union’s GNSS satellite navigation agency that previously managed the Galileo and EGNOS projects, becomes EUSPA (EU Agency for the Space Program), the EU’s new space program agency. And the place from which European space projects will soon be led will be the Czech capital, Prague.

EUPA will work closely with ESA

The creation of the EUSPA was approved by the European Parliament in May 2021. The Agency is expected to employ up to 700 staff in the coming years. They will focus mainly on the Galileo and EGNOS navigation systems, as well as the Copernicus Earth observation system, the GOVSATCOM coded satellite communications system and the EU Earth orbit monitoring system in the immediate vicinity of the Earth.

“You can rightly call what is being created in Prague an analogue to US NASA for the EU,” Karel Dobes, who has represented the Czech government in the GSA since 2006, told DW. “EUSPA will work closely with the European Space Agency (ESA) in Paris,” he added. “At the same time, ESA will continue to search for and create technical solutions. But in addition to this, it will also need someone else who will be able to implement these programs.”

After three years of discussions and a tough diplomatic struggle, the European Commission was persuaded not to create a new EU agency, but to gather all EU space programs under one roof. “The newly formed EUSPA will be responsible for the implementation of all EU space projects,” Dobes explains.

Rodrigo da Costa, head of the new EU agency, sees the situation in a similar way: “EUSPA will play a key role in the implementation of the EU space program and the EU’s ambitions in this area.” Only the planned number of employees at the new agency already shows how big the upcoming changes are, the Portuguese continues. 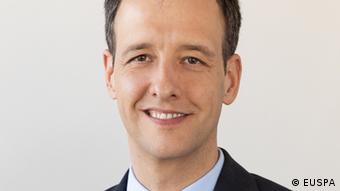 That is why staff are now being sought for EUSPA in Prague throughout the EU. “We expect our capital to be the center of the EU space industry,” said Karel Dobes, a representative of the Czech government.

The Czech Republic is well positioned to become the new European Space Headquarters: after the United States and the Soviet Union, Czechoslovakia, of which the Czech Republic was a part from 1918 to 1992, was the third country in the world to send its citizens into space. It was a military pilot Vladimir Remek, who in 1978, together with Alexei Gubarev, flew on the Soviet spacecraft Soyuz-28. Remek, a Member of Parliament from 2004 to 2013, personally advocated the placement of the GSA in Prague.

Also as early as 1978, Czechoslovakia built its artificial satellite Magion 1 and sent it into orbit. In 2019, the last Czech satellite, Lucky-7, was launched. Based on this, it is logical that since the country’s accession to the EU in 2004, the Czech authorities have steadily increased their contributions to ESA, reaching € 50 million per year by 2021. 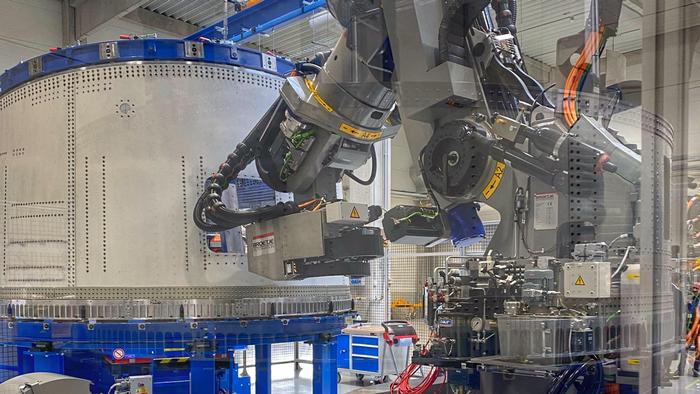 Czech companies are also increasingly involved in the European space industry, which now employs a quarter of a million people across the EU. There are now more than 60 companies in the country that are engaged in the production of products for spaceflight. For example, in Klatovy in western Bohemia, ATC Space manufactures key components for the European Ariane rocket.

“Hosting the EUPA in Prague would not have been possible without the success of Czech companies and universities in the space industry,” said Jan Zechter, the Czech Deputy Minister of Transport, who oversees space issues in the Czech government, in an interview with DW. area”. 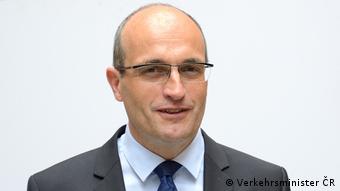 Zechter believes that a European space Silicon Valley will also emerge in his country: “Ultimately, the goal is to apply the results of EU space research in practice, for example in navigation, soil observation and the use of data in agriculture or in the fight against bark beetles. which destroys forests. “The Czech state should do everything to help in this, explained the Deputy Minister of Transport. For example, according to him, it is time to create a Czech equivalent of the German Center for Aerospace Research (DLR).

Lack of support for “migrant workers”

In the meantime, EUSPA is already benefiting the Czech Republic. At the end of May, EU transport ministers determined the location of new supercomputers, which will, among other things, be allowed to participate in the processing of data from the EU’s space program. One of them will be installed at the Technical University of Ostrava.

Despite this, at least the authorities in Prague show a somewhat dismissive attitude towards the EUPA. The new authority will need a new building for its employees and English-language schools for its children, as well as help finding housing. “We, as citizens of Prague, have nothing to do with this, this is the business of the Czech state,” said Wit Hofman, a representative of the capital’s city administration, in an interview with DW.

According to Karel Dobes, Prague is interesting for jobseekers from other EU countries in many ways, for example because of the security that prevails in the city, the diversity of cultural events and the high quality of life. At the same time, the Czech authorities are still doing too little for highly qualified migrant workers who want to live and work in the country’s capital. “Until now, there is no Czech institution that would make it easier for foreigners to start working here,” Dobes complained.