How did the earth come to be

So initially, about 4.5 billion years ago, the future solar system was a scattered disc of matter orbiting a newborn star. And blood clots gradually formed in this matter, particles stuck together and eventually aggregated into entire planets. By the way, not so long ago scientists found that the very first particles held together not under the influence of mutual attraction, but under the influence of static electricity, that is, from friction against each other, because they rushed through space at such speeds that without it would they simply be each other. friend would bounce.

Therefore, the Earth was formed according to the same standard principle: particles collect and create an increasingly massive clot, which by its gravity attracts everything around it. And even when the planet had already taken shape as a planet approximately in its current dimensions, it continued to pull everything possible towards itself for quite a long time: small rocks, large asteroids and comets, that is, “dirty” blocks of ice. Generally, while something was close to falling to earth, it did fall. And this is known as the period of meteorite bombardment of the planet. It continued until finally everything that was attracted fell. Namely hundreds of millions of years since the formation of the planet. The last such period of a massive cosmic attack is dated from 4.1 to 3.8 billion years ago, that is, it turns out that the time when the Earth was 400-700 million years old.

Versions of the origin of the oceans

And here we have two versions of the origin of the world ocean, where, by the way, 1 billion and 338 million cubic kilometers of water. According to one version, this is a molten comet. But planetary scientists have already studied comets quite well and know that such ice is noticeably different: it contains a large number of complex molecules characteristic of matter from interstellar space. That is, “not native” to our planet. Those on earth are not formed by themselves, but only come from space. Studies of the chemical composition of both the water itself in our oceans and terrestrial rocks lead to the conclusion that there is somehow too little in the total mass of this cosmic good.

From here we move on to another version: our oceans are “native” to us, they arose in the bowels of the Earth, rose from them to the surface and made our planet a pearl not only of the solar system, but, apparently, of the entire Milky Way galaxy. In any case, among the thousands of exoplanets already found, nothing so surprising has yet been found. And yet there is a big problem.

What is wrong with the appearance of water on earth

In fact, this problem applies to both versions: let the oceans form inside the Earth, let them be carried by comets, but why did they not evaporate directly on a hot planet where everything is melted both on the surface and hundreds of kilometers deep ? The crust barely hardened about 4.1 billion years ago, which is around the time of the last heavy bombardment. But the Earth itself was still warmer than it is now. And in addition, there is also the hypothesis of a giant impact with a planet the size of Mars (it is called Theia), which could have occurred 4.5 billion years ago, almost immediately after the formation of the Earth. This alone should have been enough for all the water to turn into steam and fly off into space.

But it turns out there is an important clarification here. If the water was in the early earth, so to speak, by itself (N2Oh), then yes, no doubt, she surely would not have survived in such an infernal cauldron. But at a temperature of thousands of degrees and at the same time a pressure of 2 million atmospheres (which is exactly what it was), the water molecules did not evaporate, but, on the contrary, integrated into the molecules of solid substances and formed complex compounds called hydrosilicates.

For example, here is an example of such a connection. This is a bit of crumbly and oily to touch powder, which “in the world” is called talc. And “according to the passport” is a kind of magnesium hydrosilicate. Its molecule contains: 3 magnesium atoms, 4 silicon atoms, 10 individual oxygen atoms and two more oxygen-hydrogen pairs.

But the situation is such that this talc and the hydrosilicates available on earth could not generally be found in subsoil conditions. Here is such an accident. There should have been hydrosilicates, but they couldn’t be.

Computer, where did the oceans come from on earth? 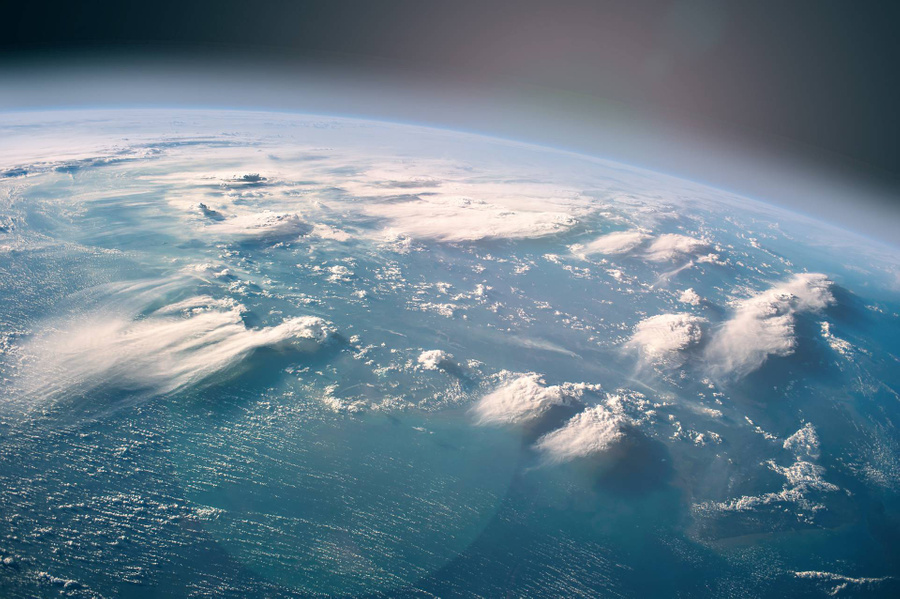 So maybe this puzzle is finally solved. This was announced by a Russian researcher, professor at Skoltech and MISiS Artyom Oganov. He developed a computer simulation system called USPEX, Universal Structure Predictor. In fact, this is a program with which you set conditions – and it calculates for you which substances can be present under given conditions. And Artyom Oganov gave her the conditions for the bowels of the young earth: pressure – 2 million atmospheres, temperature – over 2 thousand degrees Celsius.

The program gave the following formula for magnesium hydrosilicate: Mg2SiO5hrs2. That is, two atoms of magnesium, one of silicon, five of oxygen, two of hydrogen. Now there is no such substance on the planet for the simple reason that conditions are no longer the same. In fact, in principle, it can only be in hell, that is, at 2 million atmospheres and at least 2 thousand degrees, and it becomes a little easier – the molecule disintegrates immediately.

And Artyom Oganov suggests that this is actually how it happened at the beginning of Earth’s history. When the planet had just appeared, it did not yet have a core, it was quite homogeneous in structure. And in this monotonous “magma” the molecules of all these silicas and other things absorbed, so to speak, water molecules and formed the aforementioned hydrosilicate. And then iron, as something heavier, converges to the center, forms a core, and everything lighter, together with hydrosilicate, moves closer to the surface. And there is less pressure. Therefore, the intricate designer of atoms is destroyed. And according to all the laws of chemistry, it must be destroyed from the following: magnesium silicate (MgSiO3), magnesium oxide (MgO) and… water!

And now we look at the composition of the Earth’s mantle and see that magnesium oxide makes up about 37% of its content, and another 45% is silicon dioxide, namely SiO2which, when it interacts with the above MgO, also forms the above MgSiO3. It looks like everything fits. 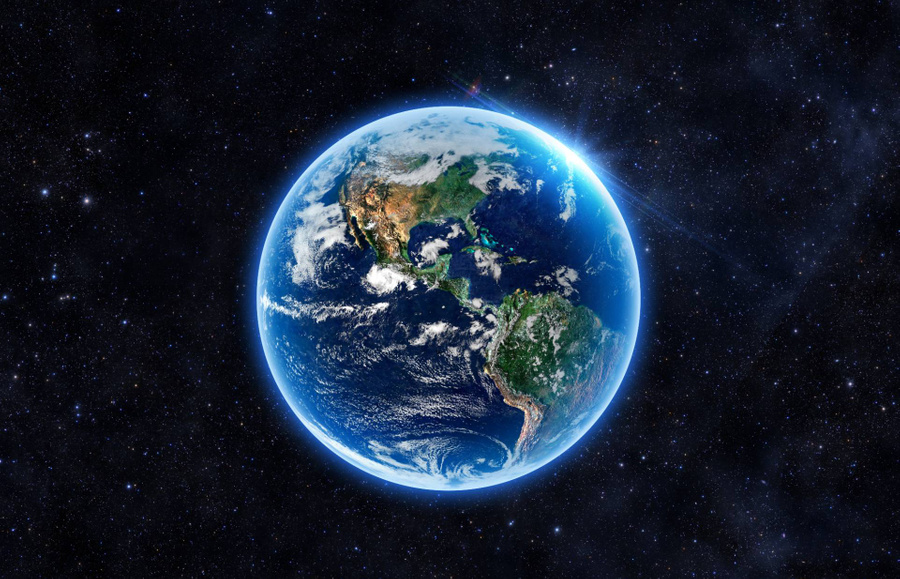 Why in space not find the exact same planet as Earth?