On November 12, 1980 Voyager 1 passed within 124,000 kilometers of Saturn and headed for the exit of the solar system. All that humanity knows today about Saturn is largely the merits of Pioneer 11, Voyager and Cassini. Pioneer 11 went off the radar in 1995, Cassini burned up in dense layers of the atmosphere in 2017. And Voyager, after a successfully completed mission, got a second wind.

In 2012, after 37 years of inactivity, its engines were restarted. An adjustment was made to its antenna, aimed at Earth. All signals are transmitted through it. One-way traffic takes 17 hours and 20 minutes.

In the same year Voyager 1 entered interstellar space, and five years later scientists decided to focus all their attention on this region. According to some reports, the ship will leave the first interstellar gas cloud in about two thousand years. And it will take another 90 thousand years to pass the second cloud and end up in the third. In a couple of hundred millennia he will approach Sirius. 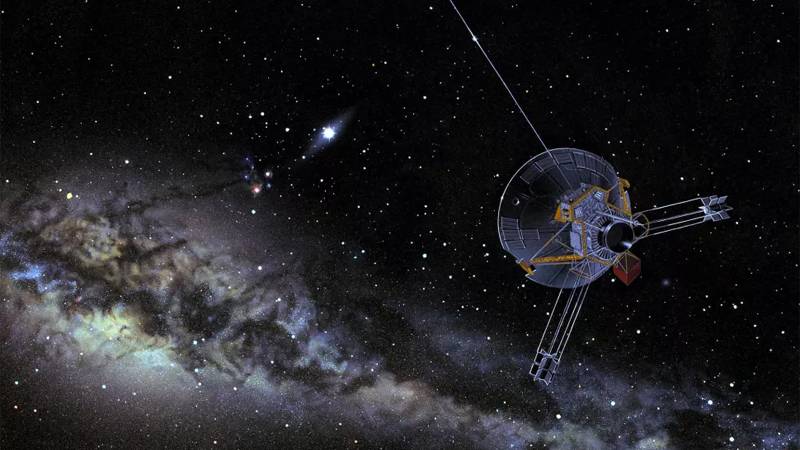 In addition to distant future prospects, to which neither the grandchildren nor the great-grandchildren of the Voyager crew will live, forecasts were made for the next 15 years. And here we approach Voyager 1’s modern history. It resembles some kind of reality show where viewers and researchers are still waiting for a new twist.

The Voyager mission is really like a successful series that gets renewed again and again for a new season. Both Voyagers were designed for five years of flight. And as a result, the mission was extended again and again. We can say that the ninth season is now in full swing. 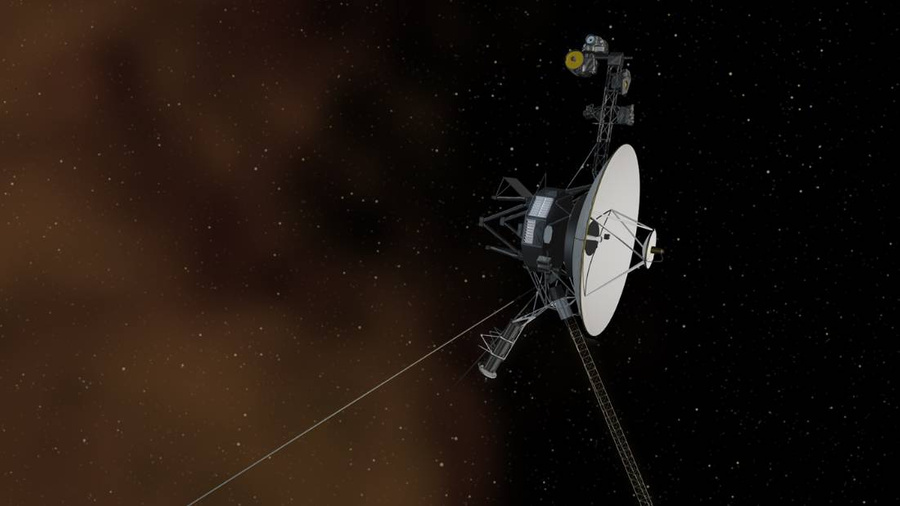 This year, two alarming messages were received at once, and both – in May. The Gizmodo agency, citing NASA sources, published the news that Voyager 1 is sending very strange data. We are talking about the so-called junk telemetry, i.e. signals that cannot be deciphered and which with a probability of 99% do not make any sense. Of course, conspiracy theorists immediately latched onto the 1% chance that these signals cannot be decoded due to the technological backwardness of earthlings. NASA employees explained the situation itself very simply: Voyager 1 behaves like a pensioner suffering from dementia who does not realize what time and space he is in.”. First, they determined that the problem was in the articulation and height control system (AACS).

During the investigation, it turned out that AACS in particular works like a Swiss watch, but at the output it produces generated nonsense. That is, the problem is in some other module, but in which – the researchers either did not find out about it or withheld the information. With all this, the signal from Voyager 1 is excellent, and the engines are normal. If there was an optimistic note in the May Day message, Earthlings were urged to prepare for the worst in the second. Science buffs may wonder what else Voyager 1 has to say, given that it has already given away everything it could. And the interstellar space through which it flies and will fly for a long time does not sin with diversity. Even the probability of colliding with any star in the coming millennia is zero: the distances between the stars are so great. And one more thing: despite already sensational news in 2012 that Voyager had left the solar system, it is actually still patrolling its outskirts.

Where does the universe end

To understand the details of the environment that now surrounds Voyager and that it is studying, we need to remember what happened at the end of last year. In December 2021 Voyagers sent strange signals to Earth. But it wasn’t junk telemetry. The nature of the signals, excluding versions of parascience, was either the hum of interstellar space or the noise provoked by solar flares.

Astrophysicists at Cornell University have suggested that magnetic foam makes such a sound. Already in 2007 Voyager 1 entered the magnetic foam zone and a year later Voyager 2 also ended up there. This is the same edge of the solar system, but by Earth standards it is simply huge.

The magnetic foam hypothesis has turned scientists’ ideas about the Sun’s magnetic field upside down. Previously, it was thought to spread evenly in all directions, up to the edge of the solar system. It turned out that the magnetic field can be bent and twisted. And where the Voyagers are, bubbles form from this foam. The foam is supposed to protect the solar system from harmful cosmic rays. Pragmatically, foam hum can be used to analyze plasma density. Perhaps scientists are waiting for some discoveries in this area. Once they had to face a paradox: it was thought that the plasma would be much hotter when approaching the edge of the solar system than in the main zone, but Voyager’s temperature sensors showed that the temperature increase there was insignificant. 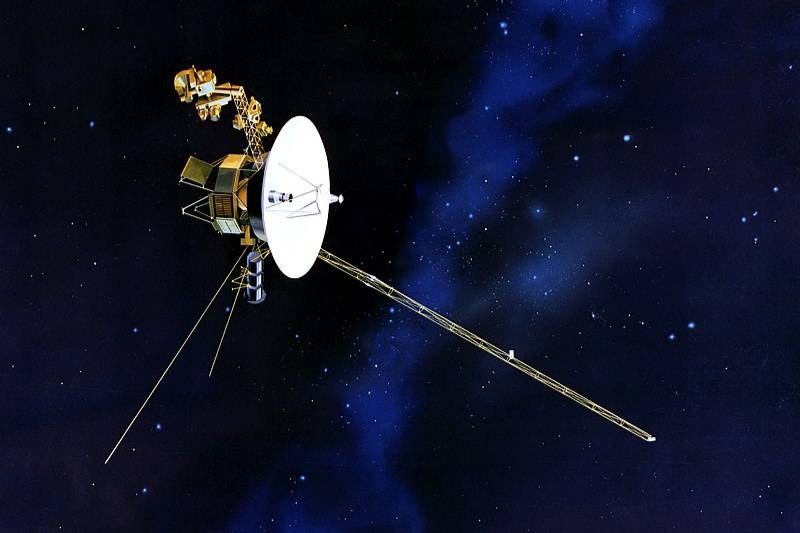 The fact that not all equipment is turned off yet gives at least a chance to get another piece of data in the near future. Another problem is Voyager’s power system. Unlike many modern spacecraft, the Voyagers could not use solar batteries, as the flux of solar radiation decreased as the vehicles moved away from the Sun. Therefore, radioisotope thermoelectric batteries heated by plutonium oxide fuel elements were installed on them. But as plutonium decays, the power of the charge decreases.

Already in 1986, when the flyby of Uranus was carried out, the power dropped from 470 W to 400 W. In 2013, it dropped to 260 W. Now it balances on the border of 240 watts, and this is a critical indicator. Imagine a smartphone whose charging capacity has dropped to 5%, and now you need to put it in ultra-saving mode. It still works, but the main features are limited. The same goes for the Voyagers. Sooner or later they will turn exclusively into a monument to the greatness of science. Around 2057, the half-life of plutonium in engines will end, and space travelers will simply glide into infinity. Scientists hope that at least until 2030 the Voyagers will hold out and send something other than junk telemetry.

What will scientists do when the Voyagers stop communicating?