In honor of Cosmonautics Day, residents of Tomsk held a campaign to launch pizza into space. The organizers want to give it to Starman, the driver of a Tesla car, which has been in heliocentric orbit for two months, said one of the authors of the idea, Evgeny Davydov.

Remember that on February 6, SpaceX, the inventor of Elon Musk, launched a red Tesla Roadster car with a dummy driver into orbit. The machine served as a payload on the Falcon Heavy rocket, which SpaceX calls the most powerful rocket in the world.

“Two months ago, Elon Musk launched his convertible into orbit with a guy behind the wheel. All this time he is there hungry, cold on his way to Mars. Therefore, on Cosmonautics Day, we decided to cheer him up and congratulate him with pizza. Tubes of food are banal and uninteresting, but everyone loves pizza. We sent our package in the camp garden. We filled the balloon structure with helium. The balloon catches the wind, fills with air. Since helium is lighter than air, our design took off and flew into it near space. Two cameras were attached to the aircraft, which captured this historic moment,” explained the organizer.

In addition, the chefs prepared a special recipe and cooking method for Starman. Especially for the driver of the red Tesla, the organizers launched an online vote for the choice of “space pizza”. Users preferred pizza with pepperoni. In addition, anyone could leave their wishes to Starman on the box. 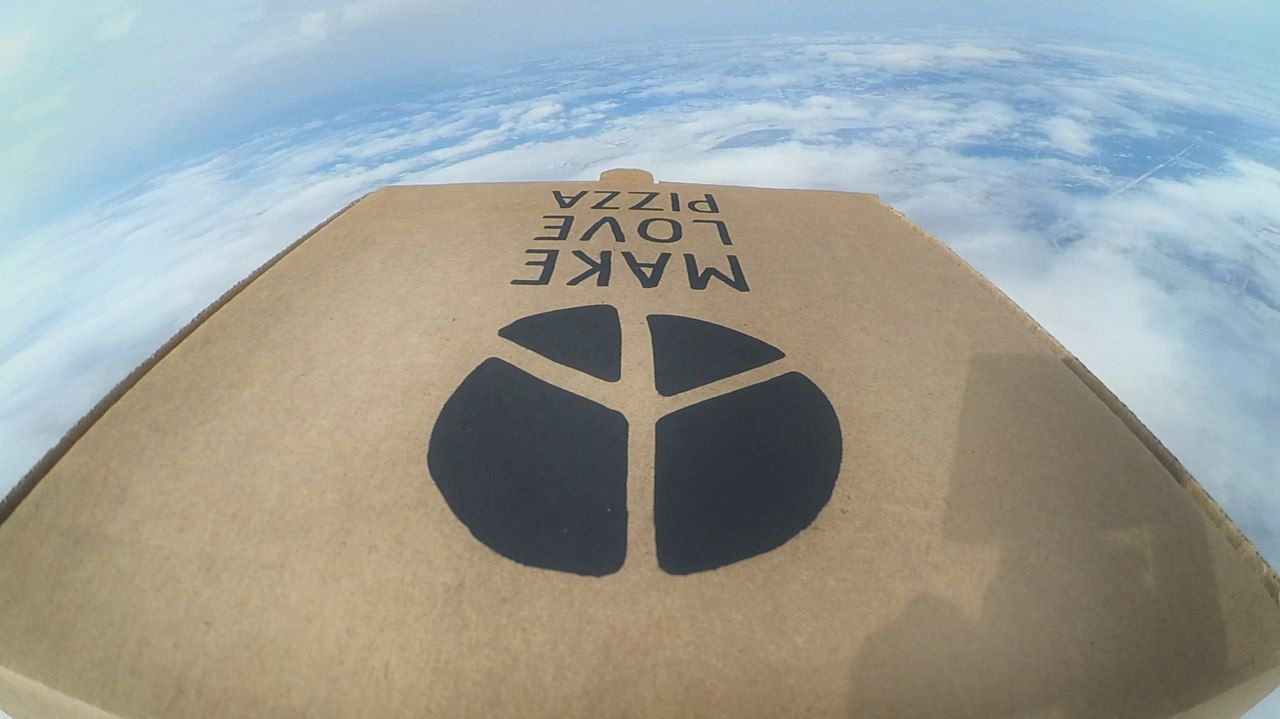 A couple of days before sending pizza into space, the aircraft’s designers and concept writers conducted a test launch, which was successful. This time, a strong wind that came to Tomsk the day before could become an obstacle. The launch of the aircraft was noticed by passers-by walking along the Camp Garden in the morning.

“I didn’t know about the event, we were just passing by with my girlfriends. The idea is interesting, but if we did a campaign to send food into space, we would send homemade borscht with sour cream,” said Tatyana Ilyina, an eyewitness to the launch.

Exactly at 11:10 Tomsk time from the improvised cosmodrome, equipped on the territory of Camp Gardens, the aircraft took off and went into space. Under the gaze and delight of passers-by, the pizza rushed straight to the astronaut.

“The launch was successful, we are satisfied with the result. The idea came up two weeks ago, the design and the plot itself were prepared for a week. In this, we received a lot of help from TUSUR students, who prepared the aircraft. We hope Starman liked our “space pizza”, Evgeny Davydov summed up.