The bell of the Pallada frigate rang for the tenth time within the walls of the Palace of Children and Youth Creativity, marking the opening of the annual Regional Geographic Children’s Festival. More than 50 interactive sites were waiting for their visitors, where children could learn, for example, how to fold a parachute, shoot a bow, visit a real Kalmyk wagon, learn more about compatriots and even personally meet the Hero of Russia, test cosmonaut Valery Tokarev.

“Pallada” was the name of the warship on which the great Russian writer Ivan Goncharov, born in Simbirsk, once made a round-the-world voyage. Residents of our region have missed this exciting, multifaceted event, and on their behalf I thank the organizers of our festival,” Governor of Ulyanovsk Region Alexei Russkikh greeted the participants. 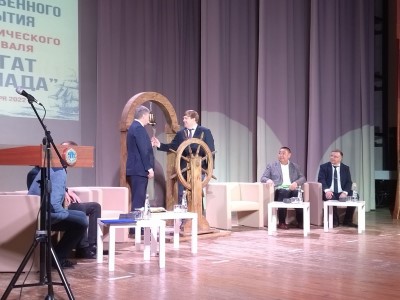 The regional branch of the Russian Geographical Society has been holding this festival since 2011. However, due to the pandemic, there was a long hiatus. For the tenth anniversary, it was decided to invite Ulyanovsk residents “on board the Pallada frigate during the autumn school holidays.

– We want to show how beautiful the world and the motherland – Russia, especially the Ulyanovsk region. We tried to take into account the diversity of geographical features of different places and make sure that among a large number of interesting places the child finds something of his own and does not remain indifferent. We want all guys to leave the festival with burning eyes, having learned something and, most importantly, want to further develop and join the study of geography and related sciences, take care of our nature, – commented Dmitry Travkin, chairman of Ulyanovsk Regional Branch of the Russian Geographical Society. 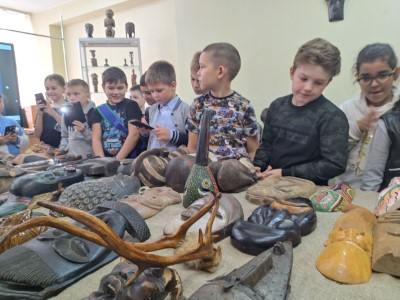 The organizers managed to get the interest of Ulyanovsk residents and guests of the city with a rich program! The opening of the festival took place with a grand coverage: in the first two hours alone, two thousand people came to familiarize themselves with the premises! This is a new record for ten years of the event.

Among the visitors were visitors from other regions: delegations from the Republic of Donetsk and Kalmykia, as well as from Crimea. A novelty for the anniversary festival was also the opening of many unique spaces.

“We keep up with the technological development, and now the festival participants can look at the nature of our country through virtual reality, get unforgettable impressions. This is an amazing sight! In addition, we have a place for caves in Russia, one of the most competent specialists of the Russian Federation in this area, Gennady Samokhin, came to us from Crimea, says Travkin. 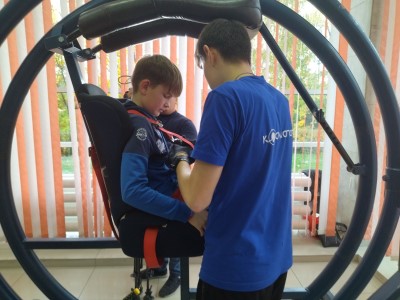 The exhibition of butterflies, represented by more than 1000 specimens, was also a discovery for the visitors. For the first time, an exhibition was organized with dolls from different peoples and masks from around the world.

The outer space with a real simulator aroused great interest among the visitors. On the first day, Hero of the Russian Federation, test cosmonaut Valery Tokarev visited the festival.

“The window to space, which was demonstrated at the festival, is an educational place where children can test their vestibular apparatus on a wheel that rotates in several planes. Such simulators are actually used in the training of cosmonauts, each candidate annually checks their vestibular stability, and according to the results of the test a health assessment is made I think the kids have a lot of fun here!- noted 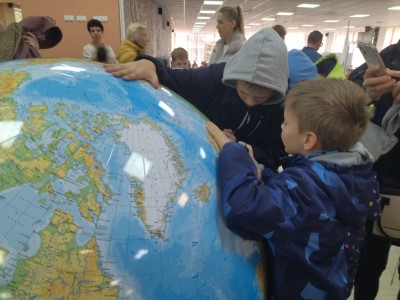 astronaut. “In one day, an astronaut makes 16,000 orbits around the Earth, each circle in orbit takes 92 minutes, and during this time you can see and understand how big our country is! Children of the Ulyanovsk region should understand this and be proud of their homeland! 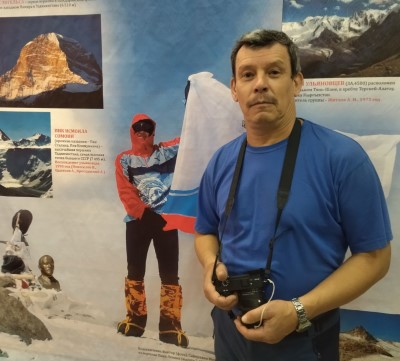 By the way, the Ulyanovsk region is famous for its compatriots, among whom there are many real travelers! You can find out about this on the website “Mountains and Revolution”, with which Stanislav Kushmantsev, an honored traveler in Russia, introduces boys and girls. Behind him are already 40 years of travel and many passed passes and conquered peaks. But with special pride, Stanislav Ivanovich tells about the conquest of the peak of Simbirsk in Altai and the crossing of the pass, also named after our region.

– I am talking about compatriots who have made a great contribution to the development of rock climbing not only in the country, but also in the world. The most important of them is Vladimir Lenin, a peak in Kyrgyzstan, the former highest point in the Soviet Union, is named after him. There are peaks bearing the names of his collaborators – Mars Engels. But the most interesting thing is that the stand shows photographs of the places that passed and named after our tourists: the passes of Ulyanovsk, Ulyanovsk and Simbirsk,” said the traveler.

In addition, the climber shows the guests of the festival tourist equipment used for sports recreation in the highlands. Among them are devices for moving on ice, snow and rocks.

Great interest among young geographers was caused by the website “To the North Pole by dog ​​sled”, presented by the Ulyanovsk driver Yuri Smetankin. To get to know the townspeople, he brought five huskies with him: three puppies and two adults, although today he owns 53 sled dogs.

– I became interested in dogs as early as 1975, when I visited the dog breeders’ club in Pionjärernas hus (now the Creativity Palace for Children and Youth – ed.). Since 2009, I have been interested in husky – one of the primitive, first breeds. It is not difficult for me to take care of them, because I have been working in this field for many years, – the dog breeder shared.

The place with a real team was judged by a student from school No. 31 Nastya, who came to the festival with her class.

— We learned a lot of new things and it’s interesting here! I want to be on all platforms at once! I especially remember my acquaintance with driving a husky! shared the student. 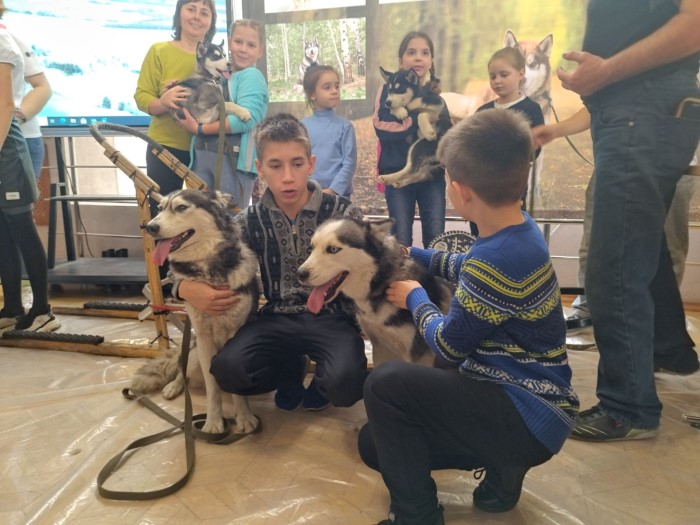